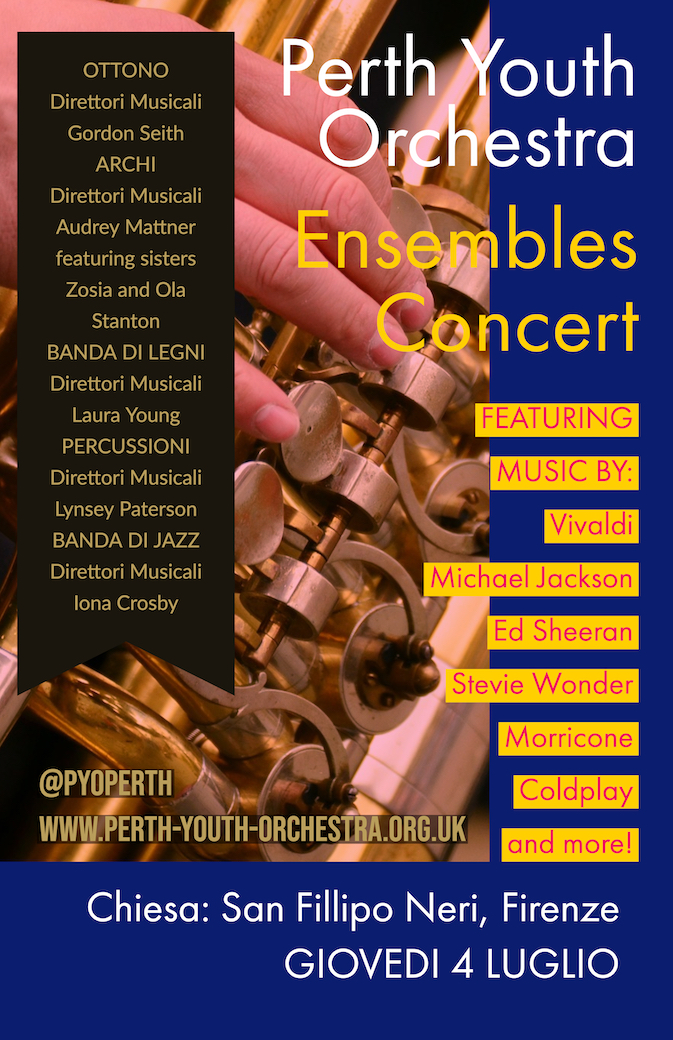 Unusually there was no big sound check – no rehearsal – just a growing buzz of excitement. Suddenly, in an unscripted moment, the opening theme of the pilgrims’ hymn from Wagner’s Tannhäuser blasted across the entire town from inside the modern basilica. Our two lower brass players just could not resist the temptation to try out the indoor acoustic – a full blast – the result was apocalyptic.

Ola and Zosia Stanton performed the Vivaldi Concert in A Minor, for Two Violins, with the Perth Youth Orchestra Strings, directed by Mrs Audrey Mattner.

The performance came as the last of five consecutive days of concerts on the orchestra’s Concert Tour to Italy, 2019.

On the hottest week of any PYO Tour – it just got hotter! PYO Jazz Band is now on stage.

The evening was not just a concert – it was a party! And to end the occasion with a particularly Scottish note, Mrs Audrey Mattner and the string orchestra struck up the music for the Dashing White Seargant and many other young players took to the dance floor – inviting the crowd to join with them.