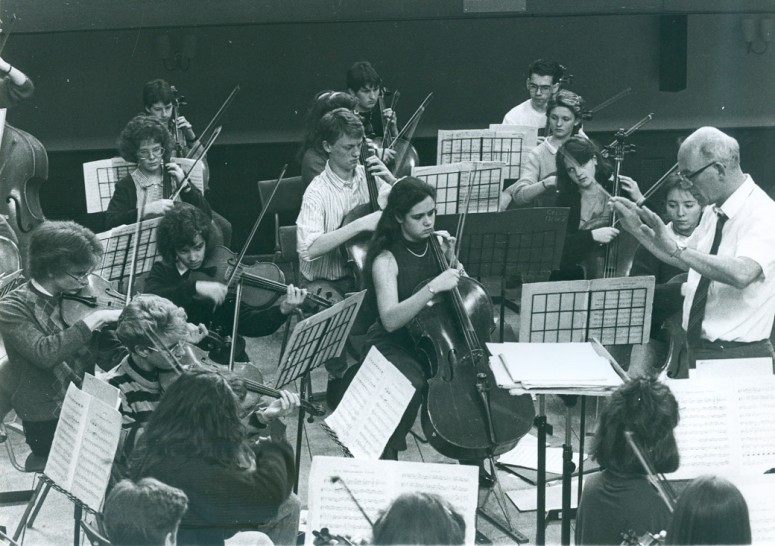 Mr D. Eoin Bennet B.E.M, Perth Youth Orchestra’s longest serving conductor, has died at the age of 80. He was appointed in 1969 and over a period of 32 years he consistently developed the highest standards of performance and musicianship in the young people with whom he worked.

He was originally from Dundee and a former principal teacher of music at Morgan Academy. He later became a music adviser for the council in Perth – a post he held between 1969 and 1990.

Following a private cremation, a memorial service will be held in St John’s Kirk of Perth (where Eoin was the organist for 37 years), on Wednesday, October 14, at 3pm, to which all family and friends are respectfully invited. Family flowers only, please, but if desired, a retiring collection will be taken for Progressive Supranuclear Palsy. 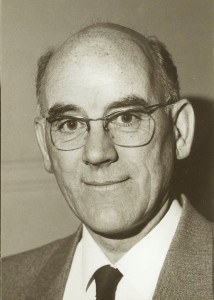 In the 1940s Eoin Bennet was a schoolboy whose impressive musical talents saw him appointed church organist at the unusually young age of just 13. Capitalising on that innate aptitude, he went on to attend the Royal Academy of Music and pursue a career in his field of expertise, becoming a principal music teacher and conductor of Perth Youth Orchestra for more than 30 years. Six decades on from his first post at Chalmers Church, Dundee, his enthusiasm was undimmed and he remained one of Scotland’s longest-serving organists and a hugely respected mentor to untold numbers of young musicians whom he had inspired with his passion for his craft.

That ability to imbue his own sense of brio for his art in others was finally rewarded when he collected the BEM for services to music in 2013, a recognition met with both pride and modesty. Born in Dundee, David Eoin Fyfe Bennet, known as Eoin, was the son of coach-builder, church organist and town councillor Geo Bennet and his wife Etta. And while young Eoin was a bright and sporty child, he also showed signs of inheriting his father’s musical skills which were evident from a very early age. With these recognised and encouraged by his father, he became organist at Chalmers Church, Dundee just before Christmas 1947 and after leaving the city’s Harris Academy he went to the Royal Academy of Music in Glasgow to study the oboe and keyboard.

When he was called up for national service he signed on to serve three years in the Scots Guards, a move that meant he could be a musician in the band, rather than a squaddie, and he subsequently played at various events including the Edinburgh Military Tattoo. Returning to Dundee, he took up a post at his old secondary school as an assistant music teacher, later moving as principal teacher of music to Rockwell Academy and then Morgan Academy in the same role. He became music adviser for the council in Perth in 1969, around the same time as he was appointed conductor of Perth Youth Orchestra. By that time he had met and married Nora, with whom he had a son and daughter. The couple, who initially lived in Broughty Ferry, moved to Scone and for some years Bennet commuted back to St Mary’s Church, Dundee, where he had become organist.

When a vacancy arose at St John’s Kirk in Perth he was appointed Master of Music and organist, playing at countless church services, weddings, funerals and civic occasions for the next 37 years. He was there through the major rebuilding of the church organ in the 1980s and remained in post up until the closure of the church for refurbishment in 2010. During his long and distinguished musical career he had performed before the Queen at the Royal Albert Hall, along with his son and grandson, and helped to develop the musical aspirations of generations of youngsters. In his role as music advisor he helped significantly in making music more accessible and in opening up opportunities for pupils. As a tutor he nurtured the talents of many including Dr Gordon Stewart, an internationally renowned organist and former president of the Incorporated Association of Organists who has been a regular conductor of the BBC’s Songs of Praise. He also taught Andrew Forbes, currently director of music at Glasgow Cathedral.

He continued to teach even when he was failing physically, sharing his vast musical knowledge, valuable insights and love of his subject with others. His devotion to his music inevitably left little opportunity for other pursuits but he enjoyed golf, squash and tennis and spending quality time with his family. He and Nora, whom he had first encountered at St Stephen’s Church, Carnoustie when he was a teenager and she still a schoolgirl, married in 1961 after meeting again at a tennis club. They lived for the majority of their married life at Colenhaugh, near Perth and she supported him greatly when he was debilitated latterly by the rare and degenerative disease progressive supranuclear palsy. His final weeks were spent in Perth Royal Infirmary where he remained immersed in his love of music though Classic FM and his beloved organ pieces, enjoyed via the very modern medium of a smart phone. He is survived by his wife, their children David and Nikki, four grandchildren and his sister  Aileen.