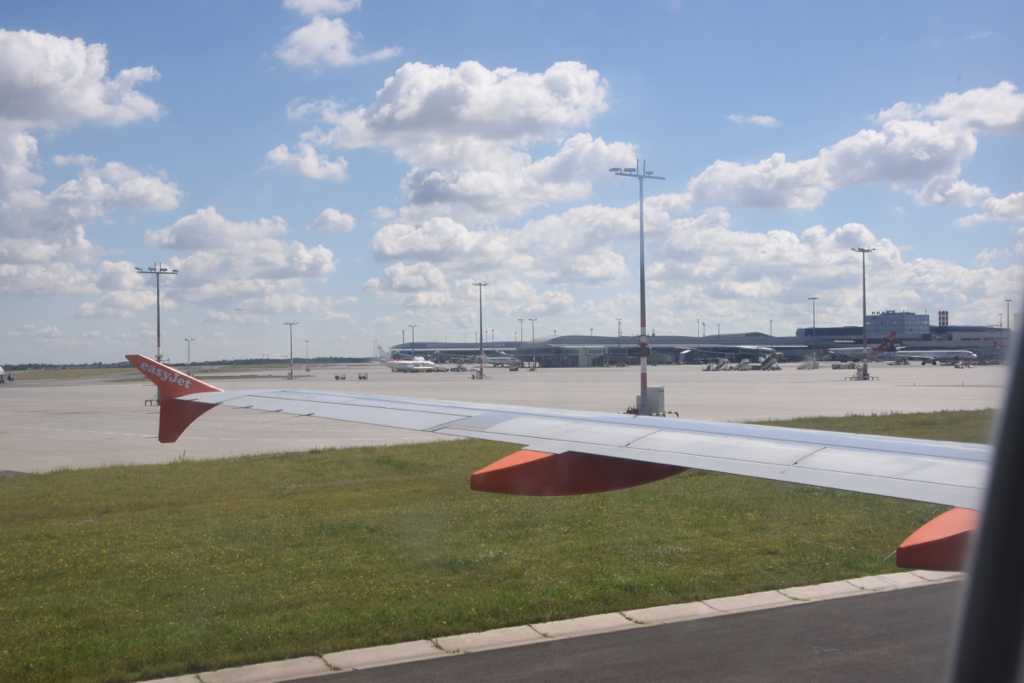 Prague airport[/caption]Thanks to all our families who turned up at the departure point at an incredibly early hour of Monday morning ensuring that the coaches got off to a very prompt start – 14 mins early. It was a smooth pick up at Kinross too and soon we found ourselves settled on our Easy Jet flight for Prague – just in time to be put in a 50 minute queue for take off – due to ‘traffic congestion’.

Arrival in Prague was 30 minutes behind schedule – and the weather was a little better than we have been used to. What follows is one version of a tour blog that hopes to recreate the best of our tour.

On the way to the hotel, the orchestra had lunch at a city centre restaurant

Following check in, walking tour of the new (15th century) and old cities gave us a taste of a very new culture in a country of just over 10 million people – whose capital city is just a little larger than Glasgow. 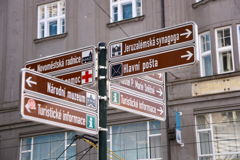 The street signs, shop names transport signs combined with a language and currency to let us know that we were a long way from Scotland. Two squares were on our planned route – Wenceslas Square was first, a wide boulevard of up markets shops elaborately ornate with a stunning variety of architecture portraying the city’s long history and then into a mystical Old Town Square. 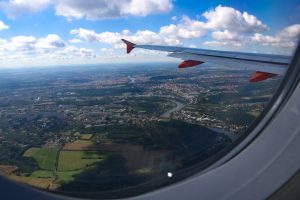 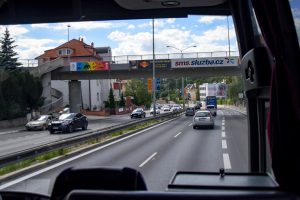 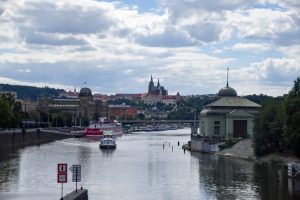 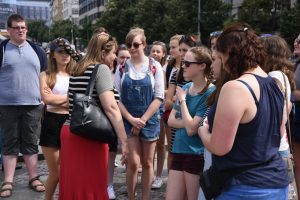 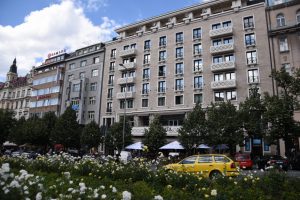 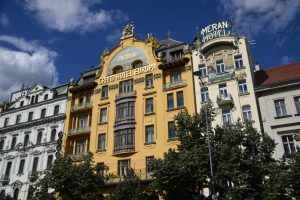 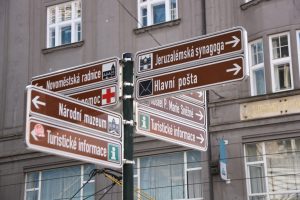 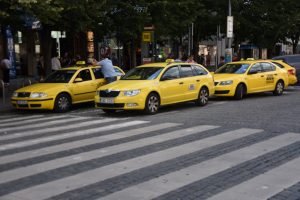 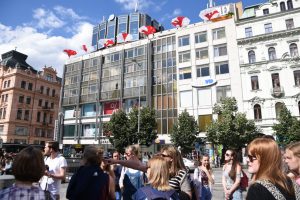 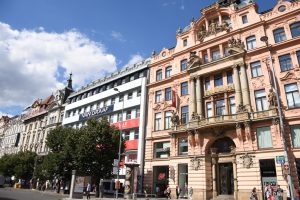 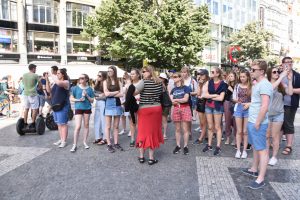 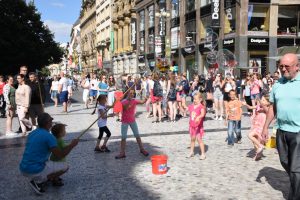 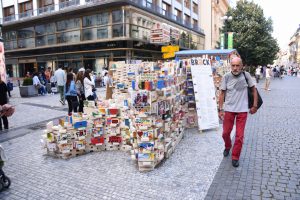 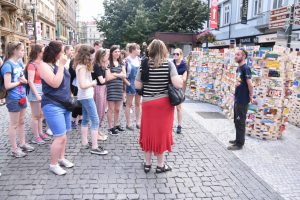 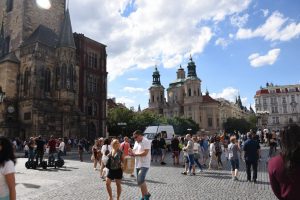 Sleep beckoned at the end of day one – except for one more arrival – our instrument van which snuck its way into a tight corner of the hotel car park ready for our first day of music making.